The story behind my logo, and my two degrees of separation from Michael Jackson.

I was fortunate to attend a three week study abroad program in London through NY’s School of Visual Art. Not to name drop, but Neville Brody and Ralph Steadman were two of the instructors(!). Before going, I took a typography night class at my alma mater, MCAD while working days at an ad agency, just to get warmed up. 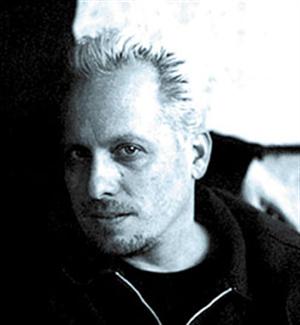 Taught by P. Scott Makela, we were told to set our names in a multiple fonts for a type exercise. One of the fonts I chose was Avant Garde, and Scott came over to me and said “Oh, we don’t use Avant Garde.” When I asked him who had decided that, he said it wasn’t a ‘real’ typeface.

I got a little feisty and said maybe someone should tell that to famous type designer Herb Lubalin, who created the font. So just to spite Makela, I designed my name with Avant Garde—cutting it all apart and putting it back together. He even admitted he liked it. All these years later, I am still using that logo.

So now I am 2 degrees of separation from Michael Jackson—Makela went on to design typography for MJ’s famous Scream video with sister Janet. He also designed for Apple, Nike and Sony and did the film titles for Fight Club.

Sadly, both P. Scott Makela and MJ are gone now. Scott died in 1999 from a rare infection, at the peak of his career. He was only 39.

RIP Scott, and thanks for inspiring the logo — Much adieu, Karen